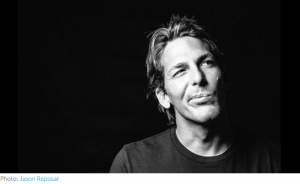 My Andy Irons piece just went live on The Inertia, at https://tinyurl.com/ydcu5x2d
If you’re curious for more, here’s the trailer … https://www.tetongravity.com/films/andy-irons-kissed-by-god

Fourteen weeks after seeing the movie, this feels a little overwrought. But I was completely wiped out — sorry for the pun — by the movie . . . so the next morning, I went straight to the keyboard and knocked this out.

And the original was too long, so the editors cut out the following…or maybe it’s because NO ONE likes seeing grown surfers cry…

“Kissed by God also zooms in, right to the edge of discomfort for the subject (and us), on the interior lives of those Irons left behind. Which is why you may not want to see if this film if you are not comfortable seeing grown surfers cry. The film opens with Bruce Irons, the burly, chiseled younger brother — and great surfer in his own right — who had an obviously stormy, difficult relationship with Andy. Still struggling with his own demons, the entire movie screen fills with a tough, masculine face buckling with pain as he breaks down and sobs openly.

“We also see, in nearly as stark a close-up, Kelly Slater — as cool and steady a presence as we get in surfing or any sport — still struggling to sort through his own grief. In an interview full of strained silences, Slater struggles with the question that haunts every survivor: how might he have been somehow complicit in Irons’ demise, especially given Irons’ bizarre obsession with beating his once childhood hero? And then, of course, more tears, from Slater’s translucent, almost otherworldly eyes.

“And finally, Lyndie, the devoted wife who was seven months pregnant with their first child when Irons died. Most of her interviews takes place on a breezy porch in Kauai, in a flowing floral dress with lots of makeup – which makes the interview with her near the end all the more devastating, another intense close-up against a black screen and no more noticeable make-up, just long agonizing silences and unspeakable sadness. With an almost cruel sense of timing and thoroughness, the film plays the audio of Irons’ final voicemail to Lindie, thick with drugs and pain and exhaustion, the dissipating echoes of a man falling finally into the abyss.

“In the end, Kissed by God doesn’t answer any of those big questions – about the collision of genius, madness, religious ecstasy, and drug addiction – beyond exploring each as a factor and leaving us to sort them out. Rather, it serves as a permanent memorial service, a belated chance for all to grieve: those who loved Irons and could not save him; those of us who were captivated and inspired by his surfing and shocked, confused, and angered by his death.

“For its premiere, we saw the film in a Northern California theater full of obvious surfers. (You could tell by the deep, ruddy tans; the weathered faces on the still hardened bodies; the premature limps and multiple sets of crutches.) Everyone around us was choking back tears; big surfer boys don’t cry, after all, even with guys like Bruce Irons and Kelly Slater up there on the screen, giving us permission. But by the end, the open weeping all around us begged the most obvious questions, and they went well beyond the tragedy at hand.”

If you love surfing, or any kid of adventure sport, but have always worried about those who seem to push it a little too far, go see this brilliant but disturbing film…