It was his signature line, usually delivered after a final, rapid-fire sequence of people flying through snow on mountains you had only heard of until then: “If you don’t do it this year, you’ll be one year older when you do.”

Pioneering filmmaker, Warren Miller, who died last month of natural causes at the age of 93, did more than just invent and then perfect the now thriving and lucrative genre of adventure sports film. He packaged and sold The Dream, embodied in the yearning of that whimsical one-liner, the stuck-in-rush-hour-again fantasy that one day you will find a way to run off and ski in all those amazing places.

In the process, Miller helped create an entire subculture — of happy-go-lucky ski bums, first tracks on powder days, and the non-stop winter carnival that is Ski Town USA. This subculture now inhabits a place nearly as iconic as heaven in the American imagination, if not any specific place in our actual landscape. (Or at least not anymore, as Miller would be quick to remind you.)

Warren Miller forged this coveted place in our collective consciousness through his lifelong love of adventure and adrenaline; through his gleeful fixation on the ever newer and often ever more bizarre ways people find to throw themselves off mountains or make use of a pair of skis; and through his unabashed nostalgia for his own coming of age, while living in a car camper in the 1950s in a Sun Valley parking lot.

He got his hands on his first camera back then, and turned those humble beginnings into a formidable business franchise, not just as a trailblazing filmmaker but also as author and cartoonist. He produced some 500 films, 11 books and 1,200 columns, and established a thriving company that still puts out a new ski movie every fall, to usher in the ski season. Each movie is an update on the zig-zag progression of winter sports and a showcase of both the sublime and ridiculous things people do on snow, from increasingly harrowing assaults down impossible faces to the slapstick foibles of humans sliding around and falling down. 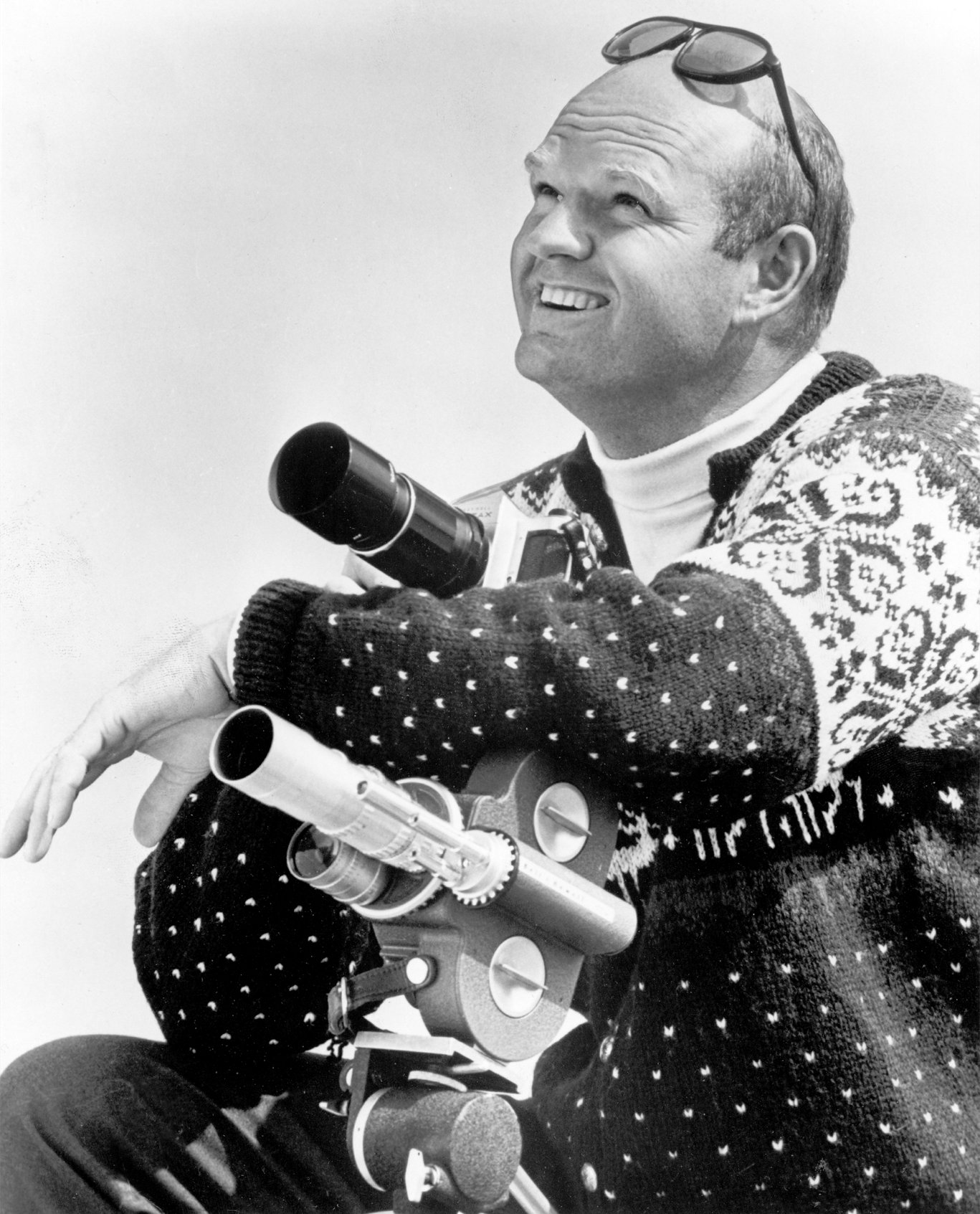 Miller’s original formula — a mash-up of location segments from the hyper-exotic to micro-local, a pulsing soundtrack over mind-bending action sequences broken up with clowning for the camera — has since been adopted, replicated and, in many technical ways, surpassed by a new generation of extreme sports filmmakers. But what defined a “Warren Miller movie,” and set it apart right up until his retirement, was the puckish, mirthful growl of its inimitable narrator.

Miller was, more than anything else, a performance artist. He was Falstaff in skiing shape, sneaking you along on the trip with the cool kids. In a few short screen minutes, he could go from grandiloquent to gruff, from curmudgeonly to wistful, wrapping each sequence with a droll, deadpanned one-liner that let you know that he was in with the locals and you were not — but he was happy to let you take a peek.

Like Buffalo Bill and Mark Twain, Warren Miller was a classic product of the American West. He understood the powerful allure of our wildest landscapes, and the promises they hold for escape, renewal and self-re-invention. He knew that going fast on snow offered all of us, regardless of age or ability, that rarefied chance to be — or at least to feel — young again. Yes, Miller made movies that were fantastic and funny. But he did so with such a singular and insistent vision that he helped create — and then inhabited with utter consistency — what is now an American cultural archetype: the ski / snowboard / climbing / surf bum. He canonized, helped popularize and never stopped preaching his Gospel of Fun, hatched in that Sun Valley parking lot, one that multiple generations addicted to adventure and adrenaline have been pursuing ever since: how to escape from the humdrum of your everyday life? How to run away and re-fashion yourself in some beautiful place? How to finagle your life so that you might have to grow old, but you never have to grow up?

A central tenet of Miller’s Gospel of Fun was a fascination with everything new: new gear, techniques, terrain and challenges, the more outlandish, the better. One of the things that did change with each year’s movie was a segment — often brought to life through humor and sound effects — that featured whatever new thing people were doing on snow. His movies tracked of course with emerging or evolving sports like snowboarding, free-heeling into the backcountry and para-skiing. But Miller also reveled in every manner of silliness on snow: snowbikes, kayak racing, cowboy roping and his perennial favorite, the launching of people on skis into bodies of cold water. Miller was that guy on the chairlift or the next barstool over, always with the perfect quip for every kook thrashing around out there.

Notably, Miller made a rare and valiant attempt to mediate the rancorous divide between snowboarding and skiing that was reaching a flashpoint in the mid-1990s. Snowboarding was taking over the slopes as a new generation rejected the old school ways of their fuddy-duddy skier parents to surf the mountain — along with a large swath of permanent teenagers like Warren, or “grays on trays” as they called those who made the switch in their 30s and 40s — and skiers were pissed. Some ski areas were accommodating all the “knuckledraggers” with terrain parks; others were outright banishing them. Miller, perhaps seeing in the rebel snowboarders a reflection of himself forty years earlier, made a point of giving both equal time in his movies, and of explicitly calling both “snowriders” — which served as the title for the movies in 1996 and 1997.

Miller also embraced it for good business reasons: snowboarding was quickly turning into half the market, and he had an acute sense of exactly who his audience was and what inspired them. He knew this because he was always there, watching his new movie with them. He may have invented a ski film industry that now generates tens of millions of annual sponsorship and viewership dollars; but he did so one movie and one town at a time, rolled out each fall as the snow flies, readying his tribe of snowriders for the new season. 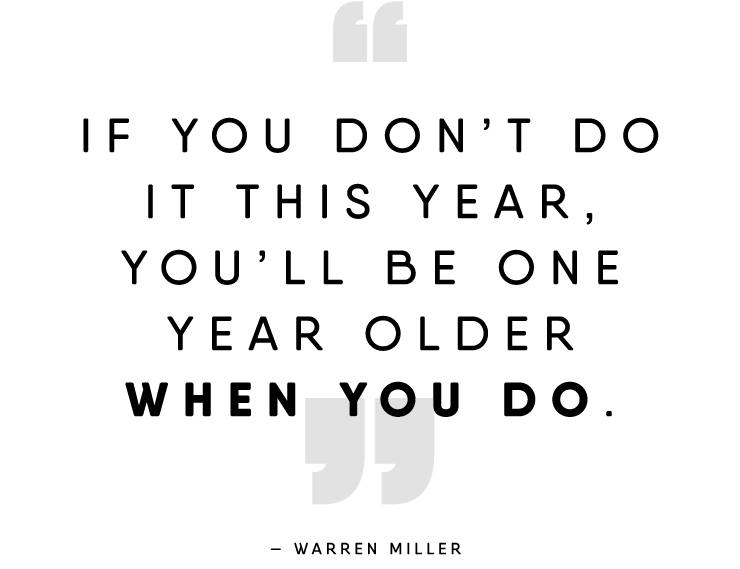 I can still hear that voice, narrating live in a high school auditorium packed way past capacity, half his one-liners drowned out by the laughter from the one before. Every year, sometime between the last leaves and first snow falling, Miller would bring his new movie through town as part of his annual tour. In the sleepy Syracuse of the 1970s where I grew up — a ski town less for the modest hills south of town than for the months of iron cold and lake-effect snow — Miller’s one night stand with his new movie was a major event. We would get the tickets months in advance; there was a ski swap, a raffle and door prizes, and the warm reunion of people we had not seen since last March’s closing day. And there was that strange, faraway look in the eyes of my father and his friends, gathered around Miller afterwards, suddenly big kids hanging onto a hero’s every word.

This is how you create a subculture: you tap into a dream, and then you spin it in endless variations, and you keep spinning it. For people from a place like Syracuse, long before there were VCRs or the internet, Miller’s limited release movies and live appearances — like Buffalo Bill’s Wild West Show and Mark Twain’s grand speaking tours — were dispatches from another planet, from a mythic place we limited-resource ski provincials could only dream about. Those movies swept us off to the real mountains, which were all around the planet of course, but mostly to the mountains out West, where The Dream had been even before Huck Finn had “lit out for the territories,” all the way back to the earliest days of the country.

This classic American fantasy has always come loaded with an odd but unmistakable sense of loss. By the 1970s, as Miller perfected the formula for his movies, his celebrations of what was new and cutting edge out in those mountains always included a few somber grace notes: about his own glory days and the simplicity of life before mega-resorts and heli-ski operations, about the pure joy of waking up, young and broke and free, in the parking lot of a ramshackle ski area in the middle of Idaho.

This was another thing that was quintessentially American about Miller: the paradox that co-mingles the dream of eternal youth with nostalgia for a youth that has come and gone. You can spend the rest of your life as a big teenager, the example of Miller’s life seemed to say: you can chase this dream of untracked powder and bluebird days for as long as your money and your legs hold out; but the best years of this place are behind us. A horde of others have come behind, thanks in part to decades of Warren Miller movies — now there are condos, and lift-lines, and way too many people — but you should have seen this place back when it was only rope tows and T-bars. You should have seen how much snow used to dump up here. Back then.

Maybe the loss to old age of the great Warren Miller — a man who, despite all those decades in all that sun, never seemed to age, tire, or lose that twinkle in his eye — will be the final push you need to make room in your own calendar for your own snowriding dream. Because if you don’t do it this year…

Not Yet, Surfragette: Women Athletes Still Sidelined At Big-Wave Competition